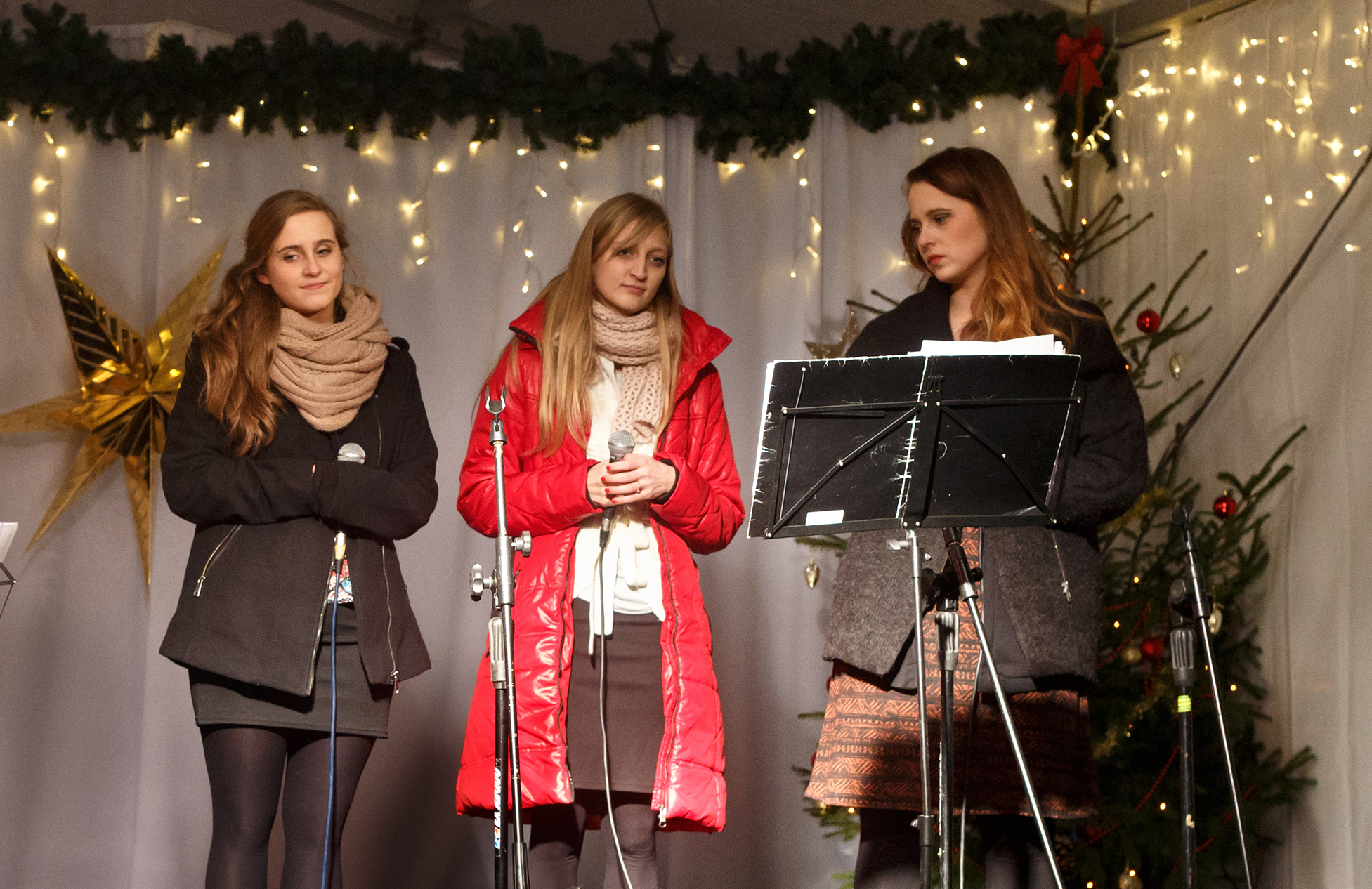 What if you could find a creative way to tell the story of Christmas without endless practices and fretting about intricate costumes? No problem, we have just what you need!

This reader’s theater script is under 15 minutes and calls for a Narrator, and five additional readers. It is made to read rather than memorize. However, be sure to have students practice to avoid monotone. Since each reader has a character of an animal, this lends itself to creative costumes. Each character appears on stage once, with the exception of the narrator, who is present throughout. This skit is between eight and fifteen minutes long, depending on the speed of your transitions and readers.

Narrator: Have you ever wondered what the story of Christmas would look like through the eyes of the animals who witnessed it unfolding? Today we’re going to go behind the scenes and take a peek through the eyes of some eyewitnesses. Our story begins in Mary’s front yard.

Grasshopper: I was minding my own business, hopping around Mary’s garden, listening to Mary singing as she often does these days – ever since she got engaged that is – when all of a sudden I saw a flash of light. From inside the light a figure emerged that was unlike anything I have ever seen. All the stories from generations of grasshoppers before flooded back and I remembered something called an angel.

I heard a deep voice say, “Don’t be afraid, Mary, for you have found favor with the Lord.”

He said many things I didn’t understand and then as quickly as he came, he was gone. Then instead of singing about her soon-to-be husband, Mary was telling her mother something about a baby and a savior and I’m pretty sure I also heard the name Emmanuel.

I’m no expert on humans, but even I know it’s impossible for Mary to be pregnant. She’s not even married yet! What a scandal that would be. No; Mary is wonderful, but if a savior is really coming, it won’t be through her. That angel must have the wrong girl.

Narrator: Now let’s take a peek into the workshop of Joseph the carpenter who is also Mary’s fiancé.

Termite: I don’t know. I’m a termite. My lot in life is to eat wood. I just don’t know about human stuff. But I do know that something strange has been going on around here lately. Usually Joseph is a pretty even-tempered guy. He works here in his workshop, making perfect furniture from sunrise to sunset, hardly saying a word. That is, until yesterday.

Yesterday is when the trouble began. Girl trouble. The fact is, Joseph´s fiancé, Mary, is pregnant, and he knew nothing about it. He says she says an angel visited her and told her not to be afraid; that she had found favor with God and the Holy Spirit made her conceive and the child in her womb is the Savior; the one we’ve been waiting for all of these years.

Joseph stormed into his workshop yelling, “She might have found favor with God, but she’s lost her favor with me!”

He has spent the past few days slamming tools around, muttering that he doesn’t see any other solution but to break up with her. But he still loves her. Even in his disappointment, his love is evident. He genuinely wanted to marry Mary.

He keeps shaking his head and saying, “Why’d you do it Mary? Why’d you do it? Your life will be so hard now.¨ Joseph´s plan is to break up with Mary quietly instead of publically, so as not to make her life any harder than it already is.

Joseph has been formulating his plan for the past two days and he is exhausted. He’s sleeping now.

Joseph just woke up and is talking about an angel. Could it be the same one that visited Mary?

Joseph just ran out the door to tell Mary he’s sorry. The angel visited him in a dream and confirmed everything she had said. He ran away yelling, ¨”We’re getting married! The baby’s name will be Jesus because he will save his people from their sins! We’re getting married!”

Thank goodness I’m just here to eat wood. This is getting complicated.

Narrator: Several months later we meet Mary and Joseph again on the road trip to Bethlehem.

Donkey: It’s a long way to Bethlehem, especially with a pregnant lady on your back. This road is crowded too. After Caesar Augustus came to rule he decided he wanted to tax people. To tax people, you have to know how many people there are. So Augustus ordered everyone in the Roman Empire to go to the city of their ancestors to be counted. Why he couldn’t of counted them where they were already living, I don’t know. But it seems the whole world is from Bethlehem.

I’m going to guess that the lady on my back and her husband are by far the most interesting people in this crowd though. For one thing, even though they’re married, they sleep in separate rooms. For another thing, they’ve both had private visits from an angel.

Both times the angel said the same thing: Mary is pregnant with the Savior. THE Savior! The one we’ve been waiting for.

Now, I’m a simple donkey; I’m not usually given to fanatic stories. Back in the old days there were prophets who brought us the word from the Lord, but we haven’t heard anything like that for a long, long time. I guess it’s been, oh, about 400 years.

But two visits from an angel? Two different people with the same incredible story? Well now, that’s something.

And then there are the prophecies.

The Savior is supposed to be born in Bethlehem, if I remember it correctly. And well, the lady, this Mary, she’ll have her baby soon, no doubt about it. I just hope she can make it to Bethlehem.

Hmm.Two visits from an angel. One story. His name will be Jesus because he will save his people from their sins. I wonder……

Narrator: Once in Bethlehem, Mary and Joseph began looking for a place to stay. We go now to the last Inn they tried to find space at. The mouse that lived there saw the whole thing.

Mouse: My favorite thing about living in the Inn? The food. I am, without a doubt, luckiest mouse in the world. The more visitors there are, the more food is served. The more food served, the more crumbs are dropped. The more crumbs dropped, the more I get to eat! And let me tell you, there have never, EVER been so many people in this Inn as there have been this week. There is absolutely no space left. There’s barely even room in the barn for all the animals!

I forgot about the barn!

There’s a family in the barn!

It happened like this: A few hours ago there was another knock on the door; another couple in town for the census; another couple looking for a place to stay; everything was normal. Except for this: the woman was in labor.

We heard the new infant’s cry about an hour ago. Wow, I hope that family’s ok. Being born in a barn is no luxury. I should know!

Well, no time to stand around and talk when there’s food to eat!
I’m off!

Narrator: Now let us look into the barn through the eyes of none other than the resident barn swallow herself.

Barn Swallow: I’ve lived in this barn a long time and I’ve seen a lot of things. A lot of births even. I’m telling you, nothing goes on without me noticing. But I have never seen something like this.

About an hour ago a baby was born in here. A human baby! The father cut the cord that tied the baby to the mother, washed him off, wrapped him up and set him down right in our manger! Right in our food trough! Never have I seen a human born in a barn, never have I seen a man make a bed out of an animal’s feeding trough, and one more thing: never, and I mean NOT EVER have I seen a star as bright as the one right above this barn. It has been there all day too. As if it knew this family was going to be here tonight and that this dear baby was going to choose this place of all places to be born.

I’m not given to superstition, but somehow I think this star was preparing this barn for this baby; marking it and making it special. Maybe this baby is someone different? I have just never seen anything like it. I have to tell the others.

Narrator: On the outskirts of Bethlehem, there were some sheep spending the night in a field with their shepherds.

Sheep: Have you ever heard an angel sing before?

I grew up in Bethlehem; a place that has always had a mystery woven through it. My whole life
there have been rumors: rumors of a prophecy, of the son of David being born here; of a savior; even of angels. I’ve pictured what one would look like, and in my mind it looked awesome. But I was wrong. Dead wrong. Angels are even better than I imagined.

Tonight as we were sleeping, the sky was torn open by light as a thousand angels came, singing louder and more beautiful than I’ve ever heard anything. It was breathtaking. What they said was even better. They were announcing a birth.

The angels sang that a savior has been born who is Christ the King, and we would find him wrapped in cloth and lying in a manger.

Why the baby whose birth the angels were announcing is in a barn, I don’t know. But we took off right away to find him.

I know I’m just a sheep, but I can’t wait to meet him.

I think this baby might be the answer to the mystery. 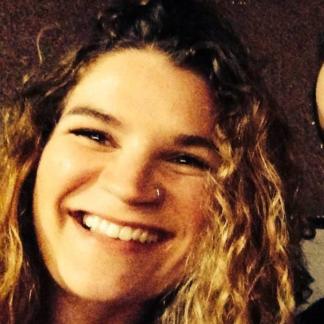