Pursuing our dreams sometimes leads us to an uncertain place. We come to a point when we do not know what is in store for us, clueless of what is to come. Our faith is tested and we lose our “confidence in what we hope for and the assurance about what we do not see” (Hebrews 11:1).

The painfully beautiful movie Lala Land reminds us that pursuing dreams can be a risky effort. Mia pursued her dream of being an actress again and again, despite many failed auditions, until she finally reached the limelight. Her friend Sebastian who encouraged her to not give up and follow her dream. Sebastian, for his part, never gave up his passion for jazz even when circumstances would tempt him to do so. With perseverance, Seb’s, a Jazz Café, came into being.

We are often put into circumstances where we are unsure of what’s next. But by faith, even when confronted with an obscure future, we become certain of what is out there. The perseverance and the encouragements of Sebastian reminds us of God’s guidance in the inspiring story of Joseph the dreamer.

Joseph and Sebastian's respective dreams kept them on track even as they faced very difficult circumstances.

Joseph, who was hated by his brothers so much that they threw him into a literal and symbolic den of sorrow, eventually had his dreams become a reality (Gen 37:1-28). But what attributes of Joseph are similar to Sebastian’s? Joseph listened to God. Joseph eventually realized that his life had a purpose. He had a vision to make the most of his circumstances just like Sebastian had a vision for Seb’s. Their respective dreams kept them on track even as they faced very difficult circumstances.

After all of the pain and heartache, Joseph’s dream became real. He reached a position which gave him authority to make a difference in people’s lives, and a story that would inspire future generations. As for Sebastian, after all the “Boring music” and “You’re fired” comments that were thrown at him, an astonishing avenue for his lovely Jazz was paved.

Chasing a vision with determination, regardless of the difficulties, has its rewards.

Proverbs 29:18 says, “When there’s no vision, the people get out of control, but whoever obeys instruction is happy.” Chasing a vision with determination, regardless of the difficulties, has its rewards. When truly empowered by God’s motivation and inspiration, our visions become breakthroughs that can inspire others who hear our stories. 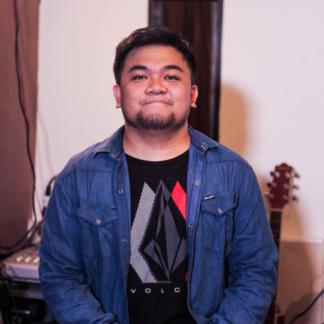