Is "Obedience" a Dirty Word?

The concept of obedience, for me, is one of the toughest words in the English language. Maybe this is because of the negative connotations that comes with the word: we say it limits our right to rationalize and to defend the “other side of the coin.” When we obey, it is not about how we feel, but how we comply. Obedience negates our freedom.

Jonah, a biblical character, just wanted to have a choice – and in many ways, I understand him. Why would I want to go to a place where I could be killed for proclaiming repentance to people who don’t even know my God? It’s human nature to think of myself first, not attempting to save others.

But me, I will offer a sacrifice to you with a voice of thanks. That which I have promised, I will pay. Deliverance belongs to the Lord! - Jonah 2:9

I was once assigned to student ministry in a public High School. I saw it as more of a challenge than a blessing. Most afternoons, I barely managed to stand in front of them with trembling knees. I would awkwardly try to teach about Jesus and explain his parables to them in a way that would not leave them bored. I introduced songs with my guitar, trying to connect with them, but I was lucky if eight of the thirty-five students ever sand along with me. I was laughed at for not being cool. I was judged and ignored for talking “nonsense.” But I didn’t stop - I kept up until our last session.

As a final assignment, I asked my students to submit a paper containing their prayers to God to see if what they had learned (if anything). I was surprised (and teary-eyed) upon reading the letters. Many of them thanked God because, for the first time, they could relate to the stories of Jesus. Unexpectedly, many of them said sorry to God for the things they had done wrong. My heart melted when a student wrote in his letter, “Because of the things this teacher has told us about You, I will now continue listening to you all the days of my life…”

Jonah’s prayer of submission to God in Chapter 2:7-9 was so beautiful; I could not imagine it was said inside the belly of a big fish! Not long after that moment of surrender, Nineveh became a changed city.

I’ve realized that following his commands doesn’t make us illogical but shows our trust in a limitless God.

My experience and Jonah’s testimony reveals that our obedience to God, even in the midst of our difficulties, often amazes us in the end. I’ve realized that following his commands doesn’t make us illogical but shows our trust in a limitless God. Pastor Joey Umali coins it in his words, “Faith is obeying God even if we have more questions than answers.”

In our trying times, I beg you to stand firm and continue the task God has entrusted to you. As a conclusion, may we recite Jonah’s prayer with conviction? “But I will offer sacrifices to you with songs of praise and I will fulfill all my vows. For my salvation comes from the Lord alone.”

Discussion Question: How have you been obedient to God in your faith walk? 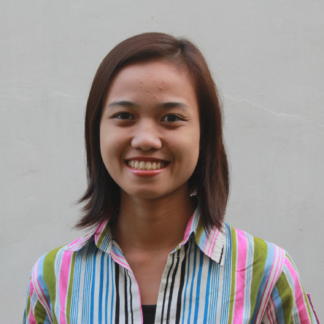