“A Samaritan woman came to draw water, and Jesus said to her, ‘Give me a drink.’… The Samaritan woman said to him, ‘How is it that you, a Jew, ask a drink of me, a woman of Samaria?’ (Jews do not share things in common with Samaritans.)…Many Samaritans from that city believed in him because of the woman’s testimony, ‘He told me everything I have ever done.’” - John 4: selected verses

It must have been a strange sight that day at the well. It was high noon so the Samaritan woman was gathering water at a time of day where she was not expecting anyone else there. But not only is there a man at the well, but he approaches her and speaks with her, which would have culturally forbidden. Then, he speaks to her about living water and claims to be the Messiah. Certainly, this was not what she was expecting when she discreetly went to the well at the hottest moment of the day, hoping to avoid interacting with others.

[Jesus] was not what she was expecting when she discreetly went to the well at the hottest moment of the day.

Based on the cultural norms and political situation of the time, Jesus should have held a negative understanding of this women. They were very different in their genders, cultures, and lifestyles. Furthermore, their differing identities give them very different amounts of power within their society, Jesus having much privilege and the women having very little.

Yet, Jesus ignores the societal norms that divide them and speaks with her, breaking through the barriers of privilege and difference. And as they speak, he hears her story – one of many husbands and failed relationships. Such a life story was certainly societally unacceptable. Yet, Jesus does not dismiss her or her experience but rather accepts her into the Kingdom. As she runs to share the news with her neighbors, she is no longer fearful of their condemnation. Ultimately, it is Jesus’ intentional disregard of societal separation and hierarchy, listening to her story, that brings transformation not simply to the women’s life but to the whole community.

Listening to others’ stories is often sacred work.

I have found that listening to others’ stories is often sacred work. Stories reveal our experiences, our hopes for the future, and can influence both reality and imagination. They can dispel stereotypes and illuminate deep truths. Listening to the stories of the people around us, especially those that are different from us, moves our society closer to justice by ensuring that all voices are heard. Throughout Scripture, we see God calling us to listen to those on the edges of society, especially those whom society has deemed not worth listening to. When we truly listen and accept the experiences of the Other, our lives and whole communities can be transformed.

Discussion Questions: Where are the voices in your community that are not being heard? How can we create space for new and different voices to be heard? 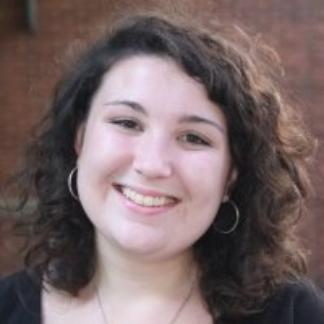