The "Freedoms" That Enslave

Growing up as a child, to me, had nothing to do with freedom or bondage. Social appropriateness was made clear, and either right or wrong behavior combined with the use of common sense was the rule of the day. Just like most children in my local community, certain rules were imposed upon us, such as going to bed at specific times of night, were non-negotiable and unquestionable as children. That is until the teenage years when curiosity started growing inside me. I wanted to know why watching television had limits, why sleeping and waking times were so strict; the explanation from my guardians was presented in a way that could not invite debate upon the subjects.

Most young adults realize a yearning for freedom when instructions set for their own good are compromised either by peer influence, comparing their situations to others, and/or a breakdown in communication. However, peer influence can be less relevant when it becomes the reference to our own weakness. My school friends, for example, could not understand why I had to withstand the order of waking early every morning at home during holiday vacations. This instilled strange feelings within that made me crave “freedom”. I started comparing myself with the same friends who seemed to have the liberty to everything they wanted in their reach. The attitude of complaint mushroomed and gradually, I failed to appreciate my guardians and barely communicated to them at all.

The moment we have the power or right to speak, act, and think the way we want without hindrance as young people, one of two situations can occur. We can be prone to either misusing our freedom, or the seemingly strict boundaries once viewed as bondage become a discipline impossible to live without. Imagine that for the first time, you have the freedom to choose what you’d like to do for an entire day. Choosing to sleep and watching television the whole day does not make sense for us as Children of God. The Bible does not encourage us to be lazy and idle people.

This is the moment we recognize that all the restrictions we once thought to be enslaving in our homes and schools were not hindrances that lead to freedom. They allowed for freedom, and when deviated from, may lead to the enslavement of oneself in ungodly behaviors.

How important it is then to appreciate the processes and limitations we experienced when we were growing, for it is the cause of our success today and in the future. As the Apostle Paul stressed, "Finally brothers and sisters, whatever is right, whatever is pure, whatever is lovely, whatever is admirable- if anything is excellent or praiseworthy- think about such things and the God of peace will be with you,"(Philippians 4:8).

REFLECTION: What disciplines have you considered to be enslaving, that when they no longer restrained you, you could not do without? How have such restrictions changed your attitude towards your understanding of 'freedom' and the freedom God brings to your life? 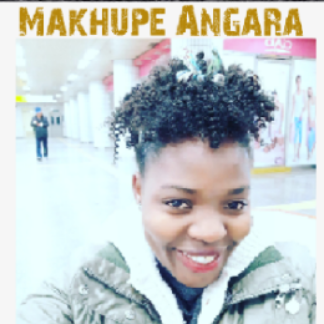