The Faithfulness of Daniel

“Now when Daniel learned that the decree had been published, he went home to his upstairs room where the windows opened toward Jerusalem. Three times a day he got down on his knees and prayed, giving thanks to his God, just as he had done before.” - Daniel 6:10, NIV

We have been studying Old Testament heroes of the faith in our children's ministry this year. We've learned about Noah's obedience, Joseph's forgiveness, and Queen's Esther's bravery. But, personally, one of my favorite people of the Old Testament is Daniel.

Though Daniel had been exiled from his homeland, and lived in the midst of an idolatrous nation, he resolved not to be swayed by his surroundings. He stayed true to his God. In his life, Daniel not only proved his own faithfulness, but he also helped to change the culture around him.

When a law targeting Daniel’s routine of prayer was established, what did Daniel do? Did he stage a protest? Did he passively submit to the law? These actions may have their place, but in this situation, Daniel simply continued in his humble, faithful habits. God blessed his trust and obedience. Others took notice of God's work in his life, including the king. A new law was established that spread the truth of who God was around the kingdom and encouraged others to follow Him.

Sometimes we may, like Daniel, find ourselves in a culture that we may not like or agree with. We may feel that the world is pressuring us to conform instead of stand for God's ways. So what do we do when we are told not to speak God's name or pray to Him? When we are told that life is about personal pleasure and that we are accountable to no one?

As we allow God to work in our personal lives, he will shine through us.

Perhaps the basic thing to remember, if we desire to influence our culture for God, is that we must continue our personal faithful prayer and obedience. Our world is made up of individuals like you and me. If we want to influence it, we first must continue our personal pursuit of godliness and holiness. As we allow God to work in our personal lives, he will shine through us. When we continue in steadfast obedience and do not allow others to move us, we too can have a positive impact for our Lord.

Daniel continued to trust his God, even when the law was against him and even when the lions were surrounding him. We too must continue in faithfulness regardless of those surrounding us or the consequences we may face. Indeed, the prayer of the righteous is “powerful and effective” (James 5:16, NIV).

Discussion Questions: In what specific areas do Christians find themselves in conflict with the culture? What should our response be? 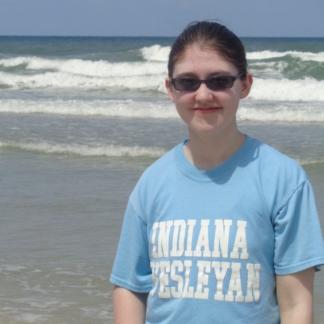