The gospel reading for the final week in advent is Matthew 1:18-25.

John Wesley was supposed to be a humble vicar in the back of beyond of England or a lifelong professor at Oxford.

One of my favorite and also least-favorite sayings is that if you want to make God laugh, you should tell him your plans. It is my favorite because the best stories seem to come out of it. John Wesley was supposed to be a humble vicar in the back of beyond of England or a lifelong professor at Oxford. He was definitely not supposed to start a movement as agitating or far-reaching as the Methodist Church. JK Rowling was supposed to be a teacher in Scotland. She definitely was not supposed to write books that made her the richest and most well-loved writer just about anywhere. Malala Yousafzai would have had a calmer life had she not dedicated herself to keep attending school in the face of violence against her. These are the stories that make me love the idea of plans being changed, because they make the world an immeasurably better place. But what makes me definitely dislike that quote is how often it seems to apply to my own life and the lives of others close to me. It is definitely less fun to experience these changes of plan than to hear about them.

This is why I always have empathy for poor Joseph. He had a good plan! He was going to do the right thing by his fiancée and do everything quietly and without notice. But instead, he listened to the dream he had and did what the angel of the Lord told him. He opened himself to ridicule and the knowledge that he was going to raise another’s son. His firstborn son was not going to be his, but instead would be the son of God. Despite this knowledge, Joseph did what the angel of the Lord told him to do and stuck with them. I have wondered what would have happened if Joseph had stuck with his plan to be respectable. I’m glad he didn’t though.

I have wondered what would have happened if Joseph had stuck with his plan to be respectable. I’m glad he didn’t though.

How often do we stick to our good plans when we kind of know that we should be listening to what God is nudging us toward? I take comfort in the fact that even Joseph had to change his plans in response to what God told him. Changing plans is often something that we all need to do at times, and sometimes we need to be a bit less stubborn and just roll with it.
Discussion Questions: 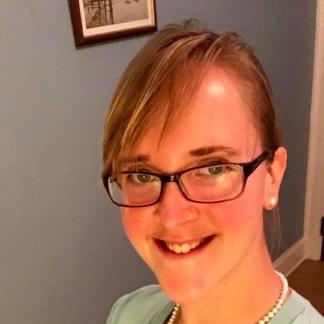