Teenagers Show us How to Take On Climate Justice

If you give a teen a cookie, they will change the world. The things we do as youth workers impacts the future of our society, and Greta Thurnberg is the most recent example of teenagers stepping up to incite systematic change. And we would be wise to listen to what she and others in her generation have to say.

In One Short Year

On September 23, 2019, Greta sat on a panel before the Climate Action Summit at the United Nations in New York City. She had been invited to speak because of the climate strikes she had been organizing in her home country of Sweden. On school days, she stood outside the Swedish parliament building with a sign reading “School strike for climate change.” Shortly after her first protest, other teens joined her outside parliament and others organized their own strikes in their hometowns. It’s estimated that over one million teens across the world have been participating in school strikes for climate change since August of 2018.

Greta doesn’t have a doctorate degree from a prestigious science university; she doesn’t even have a high school diploma, but she has her voice. Like many of our students, she can’t vote or hold political office, but she will soon inherit the consequences of our actions. She has paid enough attention and studied enough scientific data to know that our current levels of pollution are not sustainable if our planet is going to survive.

Scientists have been sounding the alarm for decades now. In 1996, when I was in second grade, I remember learning about the melting ice caps, rising sea levels, and how important it was to reduce, reuse, and recycle. I was born and raised in Houston, Texas, a city that survives and thrives on fossil fuels production. I drove past miles of refineries every month to go fishing in Galveston Bay with my dad. My friends and family’s jobs depend on the oil industry. Fear of rising water and plastic filled oceans fought daily with the fear of an economic collapse of my hometown. The cultural voice around me shouted skepticism, and I gave in to that narrative for too long.

The Tide Is Turning

Evidence of climate change is harder and harder to ignore, but people are still trying. And one 16 year old was brave enough to stand up and speak out. She has been attacked by world leaders and common citizens alike over her appearance, her age, and even her Autism. Greta has not let any of that stop her. She takes the criticism in stride and continues on her crusade. The world may finally be listening, maybe because our young people are now refusing to allow their legal limitations to define their ability to affect change.

On September 20, three days before Greta’s speech at the UN, around four million young people took to the streets across the world to beg their leaders to enact immediate change. One of my 19 year old students flew to New York to participate in the March for Science, where he also served on a panel discussion. This current generation is more likely to believe that humans are responsible for global warming and one in four have already taken action to do something about it. If the world won’t listen to scientists, maybe they’ll listen to their children.

The Gift of Teenagers

Greta Thurnburg’s parents are the adults in her life giving her a platform and supporting her charge. Following her lead, they have taken strides to reduce their own carbon footprint, including giving up meat and air travel. As youth workers, we may be the only encouraging voice our young people hear. It’s imperative that we listen to them and follow through with our actions. While this holds true in matters like a change in youth group programming or installing basketball hoops in the parking lot, it’s even more important that we listen and respond to their hopes and dreams for a safe, sustainable future. The United Methodist Church backs the voices of those shouting for systematic change to decrease global warming so that Earth can still provide for generations to come.

All Creation is the Lord’s

Our social principles declare we “recognize the responsibility of the church and its members to place a high priority on changes in economic, political, social, and technological lifestyles to support a more ecologically equitable and sustainable world leading to a higher quality of life for all of God’s creation..” As Christians, climate justice is not just a political issue, it’s a theological one. In Genesis, God granted humans stewardship of creation. God mandated that we care for creatures, big and small, and that we care for the earth under our feet. Allowing coral reefs to die, polluting the ocean with plastic, and deforestation goes against our divine responsibility.

We must empower our young people and listen to them. We must give them the tools that they need to withstand criticism when they do speak up. We must have their back at the church and in the community. Give them more than a cookie and they will change the world. We would do well to follow. 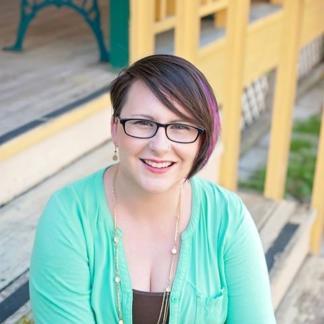 Audrua Welch Malvaez is a life long Methodist, veteran youth worker, and current Director of Adult Ministries at Plymouth Park United Methodist Church. She received her undergraduate degree from the University of Houston in Middle School Education and is in the final stages of becoming a Certified Youth Worker in the United Methodist Church after 5 years of studies at Southern Methodist University. In addition to leading workshops for local youth groups, she also trains other youth workers in the concept of sex-positive youth ministry.