Stories from the Back of the Van: The Birth of Boba… | UMC YoungPeople
23
October 2017

Stories from the Back of the Van: The Birth of Boba Fett 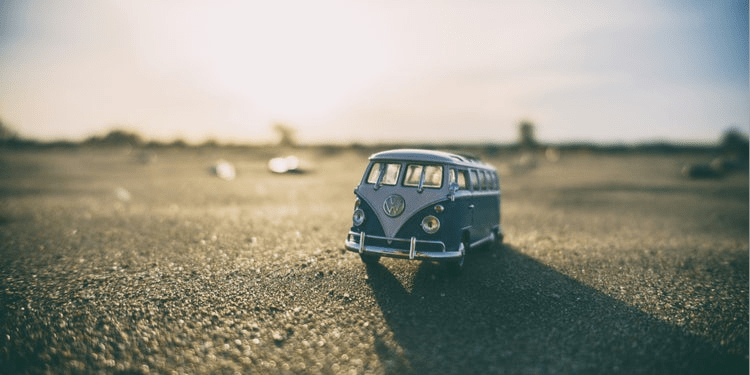 When in ministry with youth, sometimes funny things just happen. One of the places that the funniest stories often originate? The back of the van; that old church van that has been on too many mission trips, crawled up unpaved roads to retreat centers, and delivered thousands of donations and people to where they needed to go. They are one of the well-loved, sometimes abused, and often forgotten vehicles for ministry. Sometimes we are lucky enough to see the Holy Spirit moving among those in the van, and giving us some hilarious moments that actually mean something to a person’s faith life… Those are the kind of stories we want to share form the back of the van!

Sometimes we are lucky enough to see the Holy Spirit moving among those in the van.

Picture a group of 60 youth and adults passionate about serving and building. Imagine them getting excited about serving a home-building ministry in Ensenada, Mexico during our planning meetings in Highlands Ranch, Colorado. Focus on the group leader (me) trying to keep costs as low as possible, and figuring out the driving route from the Denver, CO area to San Diego, then south through Tijuana to where the home-building would happen. This was destined to be a 2,500 mile road trip over the Rocky Mountains on I-70, across deserts in Utah, Nevada, and Colorado, while avoiding Las Vegas, then some coastal beauty on the way to San Diego. Picture one mini-bus that our church owned that sat 24 people towing a trailer that we borrowed from our church’s Boy Scout troop, fully wrapped in the United States flag with a picture of a scout holding his hand up in the “Scout’s Oath” pose, three fingers pointed to the sky. Picture a second bus that sat 36 with basically floor-to-ceiling windows, practically new and rented from a local dealership. Leaving the church was smooth, a beautiful 25 HOUR DRIVE ahead of us. No problems as we left on time, and basically everyone was clean and smelling good.

The youth (and the adults!) were tired, sun burnt, and smelly, SO smelly.

Now fast forward to 8 days later, after a week of sweating while building homes, and staring that same 25 HOUR DRIVE in the face. Most luggage fit in the trailer, some luggage had to be in the second bus. The youth (and the adults!) were tired, sun burnt, and smelly, SO smelly. On the drive to Ensenada, we crossed part of Death Valley and the Mojave National Preserve during the night time. No worries about scorching temperatures outside. On the return trip, we hit that stretch of road in the middle of the day. Signs warned us to turn off our vehicle’s air conditioning or else risk overheating our engines. So, we obeyed. The air conditioning was off for about 90 minutes. After reading the following sentence, close your eyes and try to put yourself in the 36-passenger bus. 90 minutes of no air-conditioning in a bus full of 36 stinky people plus luggage from a week’s worth of construction work. Not good. Smells that nobody had ever smelled before started to emerge. Hot and uncomfortable, we finally reached a place to turn the AC back on.

Those of you who work with youth can probably predict what happened next… “IT’S STILL SO HOT, CAN’T YOU CRANK UP THE AIR???” came a chorus of shouts from the back of the bus. “Oh, sure.” I replied. I reached out, and flipped the switch to turn on the “max” air conditioning. That switch closes a vent in the system. Regular air conditioning sucks in air from the outside and cooling it down before it enters the bus. On “max” the vent recirculates already cooled air from inside the bus and cools it further. IT TAKES COOL AIR FROM INSIDE THE BUS AND COOLS IT FURTHER. As you can imagine, a wave of horror, coughs, and shouts of “WHAT IS THAT SMELL?” came from the bus as the max AC worked its magic. The system had sucked in the cooler, smelly air and was blowing it all the way to the back of the bus. Like a microphone and speaker system getting stuck in a feedback loop where the whine keeps getting amplified, this bus was multiplying the smell of our group, and looping it back just to make us smell even more.

Maybe a lot of Jesus’ stories were him trying to hold a mirror up so we could see ourselves, our own shortcomings.

The smell was affectionately named “Boba Fett” (there you go Star Wars fans) because it was a mixture of the smell of body odor, butt, and feet. Legends of Boba Fett live on to this day in my former youth ministry. Youth and adults still recall the moment their own stink was blown back in their faces. Yet, that night at our closing devotion, a youth found meaning in it. “Maybe God has to work like that sometimes. Maybe a lot of Jesus’ stories were him trying to hold a mirror up so we could see ourselves, our own shortcomings. Maybe Boba Fett could be a reminder that even doing good work stinks sometimes; that good work is hard and honest and makes us sweat. Maybe we don’t notice things that stink about ourselves unless God blows that stink back in our face.

Maybe to all those things. Maybe it was my mistake for handling the air-conditioning like I did, but it has been over 10 years now, and I still remember Boba Fett and chuckle at the lessons the youth tried to learn from it.