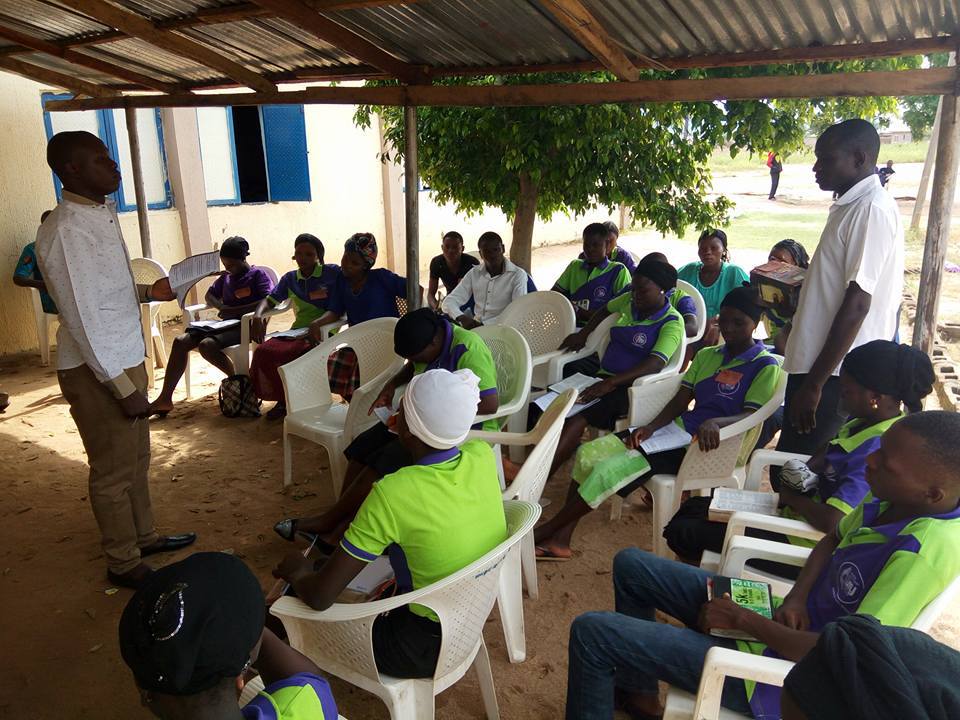 The Youth and Young Adult Conference of the Southern Nigeria Annual Conference popularly known as Youth Rally was held from June 16 – 19, 2016 at the United Methodist Church Mile Six Jalingo. The event’s theme was taken from Joshu 1:9: “Be Strong and Courageous”.

During the rally, young people attended Bible Studies, teaching on Social Principles of the United Methodist Church, prayer sessions and they also played football matches among the districts.

The Youth and Young Adult Ministry committed to the following goals: 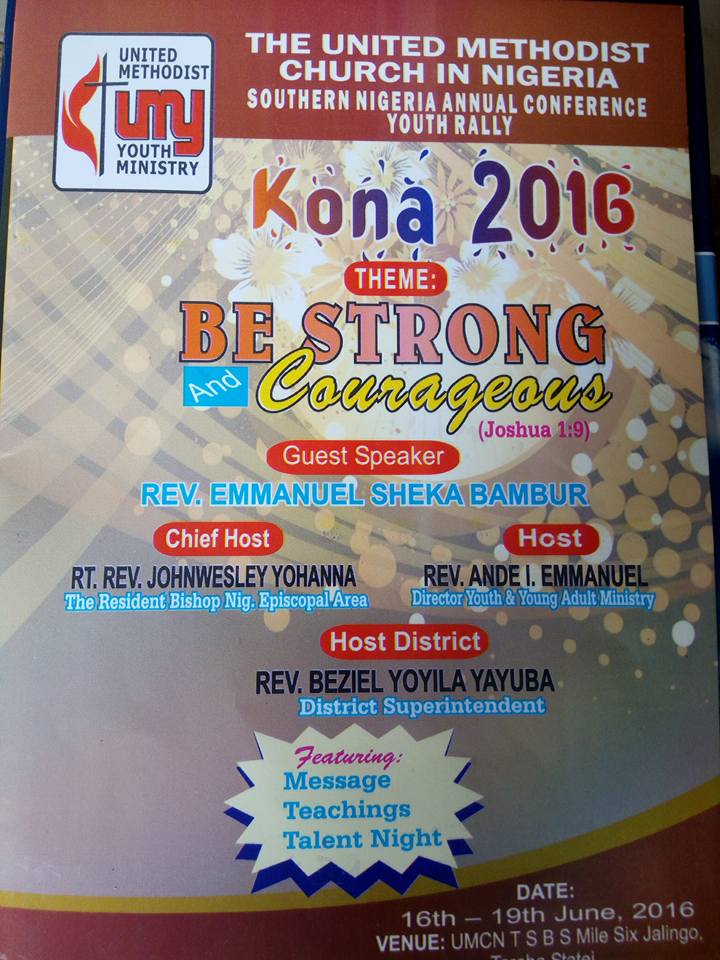 The ministry also committed to go fully into campus ministry in colleges and universities in Tara State in order to transform the modern cultures that are capable of corrupting student’s moral standard.

The rally admonished young people to be law abiding members of the church and society. The rally condemned the violent invasion of UMCN No.1 Magami Jalingo in March 16 this year, which led to the closure of the Church and destruction of property. The rally further called on the Governor of Taraba State Darius Dickson Ishaku to open UMCN No.1 Magami Jalingo to enable its members resume their worship services.

The rally ended it communique by calling on the government of Archt. Darius Dickson Ishaku to involve more young people in it rescue mission, because they are the most productive members of the society.

*Rev. Ande I. Emmanuel is the Director of Youth and Young Adult Ministry in Southern Nigeria Annual Conference