Seeing Him in the Unexpected | UMC YoungPeople
13
April 2016

Seeing Him in the Unexpected

“He brought us out from there in order to bring us in.” [Deuteronomy 6:23A]

As someone who just completed their first semester of college in a city almost three hours away from my home, I will be the first to tell you that goodbyes are hard. But goodbyes are not something said only to people, you must also say goodbye to places. No one knew this better than the Israelites.

God called the Israelites out of slavery and into the Promised Land, but the transition was not simple. The Israelites first spent forty years in the wilderness before entering into the land of milk and honey. It was during this period of wandering that they learned the character of God. It was there that God brought them to the same place again and again until they learned that His presence was not in a tent, until they learned that God delivered on His promises even when His deliverance was not in view.

We, too, must learn these lessons in our wildernesses, for we cannot enter into our Promised Lands - whatever they may be - without learning them, without learning Him. We, too, must learn that God’s presence is not confined to our home church or to our favorite Bible study group. We must learn that God’s presence goes with us. It goes with us to our dorm rooms, to our first jobs or to our new cities because it dwells within us. We must learn that God is working behind the scenes even when we do not see it. God works best in cramped dorm rooms, in strange cities, or in mundane jobs because it is in those places that we finally learn to hear His voice.

Centuries later, after the entry of the Israelites into the Promised Land, after the rule of the Judges and of Solomon and David, after the fall of Israel and Judah, and after their return from captivity, God was still speaking to the Israelites. And then, for 400 years, God appeared to be silent. We, too, will have seasons where we feel that God has chosen to stop speaking, and I do not think I speak only for myself when I say that it was in those long stretches of silence that I finally heard Him.

Discussion Questions: What have been some of the wilderness periods in your life? 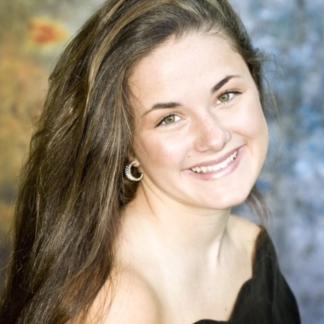