By Devotions From Malawi

When I was 16 years old, my parents decided to send me to our home village to visit my grandparents. I was happy because it had been a long time since I had seen my grandparents and my cousins. When I got there, I met all my old friends and cousins.

Most of them were drinkers so they took me to a village party. They offered me liquor but I refused and told them that I did not drink because my body is the temple of the Lord Jesus Christ. They were very disappointed with me, so they started mocking me and calling me a fool. Then they beat me and kicked me out of the party.

I went to my grandfather to tell him everything. When I told him, he said we must wait until my cousins were back home. By the time they came back my grandfather asked them what happened but they lied to him and said that I stole their money. Although it was a lie, my grandfather believed them. He beat me as well and told me to go back to town, where I told my parents what happened. My parents believed my story, because they know me very well, and they decided to reward me with a trip to the lake. It was something that I was not expecting.

Throughout this experience I remembered that Jesus was also beaten and nailed on the cross, even though he was not guilty of any crime. We must not let our faith be shaken in times of temptation and tribulation. Instead, we must stand strong like Jesus, who suffered without doing wrong.

If we follow Jesus’ example, we’ll certainly have the same results. We don’t have any excuse! Jesus did everything for our sake, so we would know the kind of life He’s called us to live. He’s our worthy example.

Prayer: Dear Father, I thank You because I have the mind of Christ, who being Himself God, nevertheless came in the likeness of men. I will manifest the humility of Christ and His love and seek to grow closer to you, even in times of temptation. In Jesus’ name. Amen. 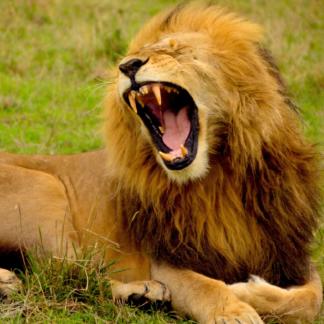 A series of Lenten devotions written by young people from Malawai.