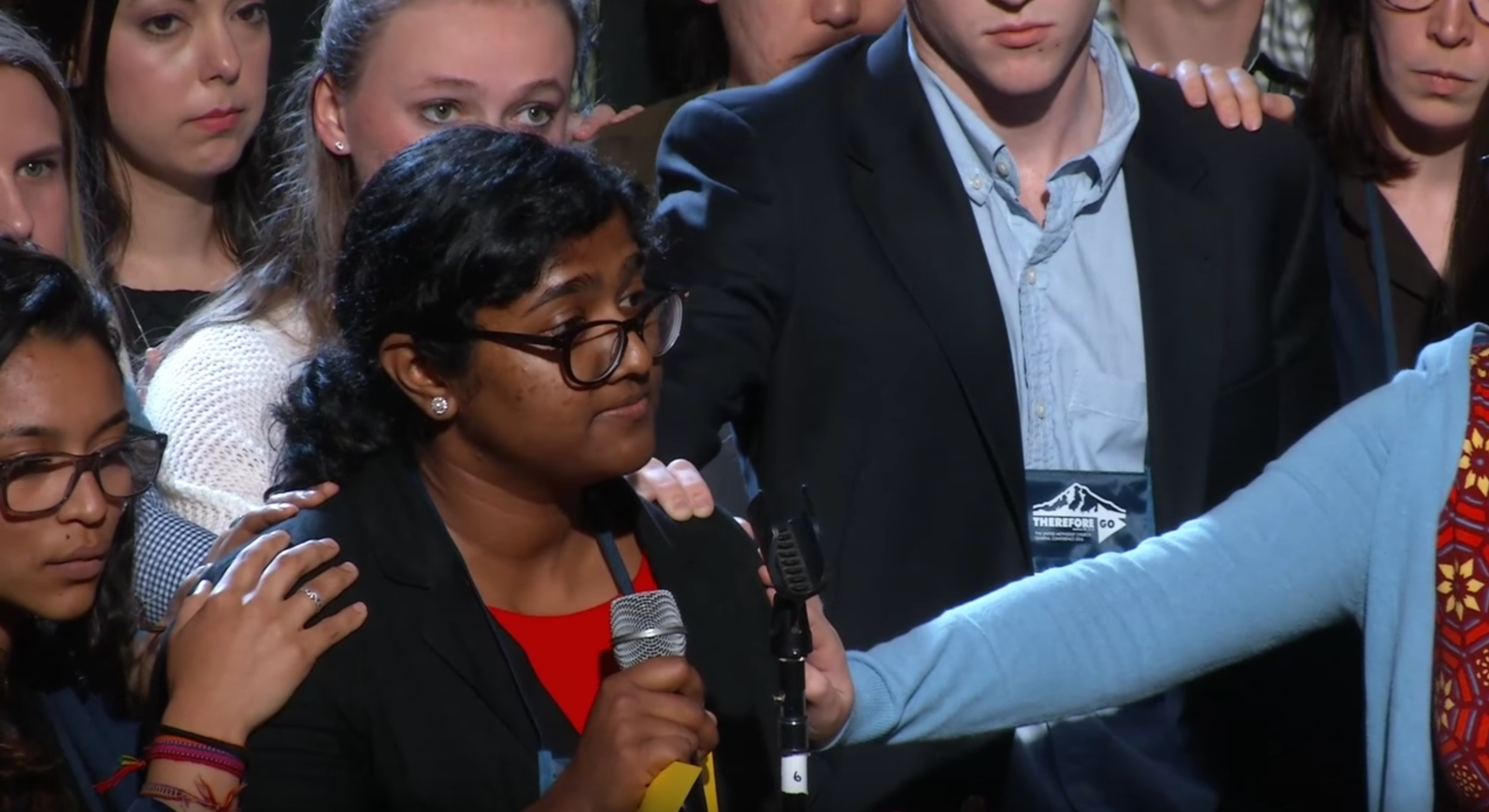 The Conference was a mixed drink: equal parts disappointment and hope with a healthy dose of tedium. Over a month later I’m still trying to swallow it and come to terms with the decisions we made (or didn’t make) in Portland.

This year I saw a Church so concerned with one issue that nothing else seemed to matter at all anymore. It wasn’t just that people were committed with closed ears and heads down to the opinion they came with. It wasn’t just that we refused to listen to or learn from each other. This has been going on for years; it’s nothing new. But I was shocked by the all-or-nothing attitude that dominated the event. We wasted over two days arguing about the standing rules for a two-week conference, stalling to delay the controversial issues that would come later. A bishop calculated that each minute of GC costs over $1,000 to put on. I’ll let you do the math to find out how much we spent on “the rules.” Resolutions concerning human sexuality weren’t the only ones affected—we were kept from countless other proposals concerning human rights, church revitalization, and global missions.

I saw a Church choking on parliamentary procedure. We put more into this system of argument than we ever have into prayer or into listening to each other. We use the system to silence each other, or circumvent the will of the body. The system is dead, but we killed the only alternative that was offered, in fear that it might be used to talk about human sexuality.

But with all of this conflict over rules and procedure, I can’t help but be reminded of Paul’s words about the Law: “The letter kills, but the Spirit gives life.” (2 Cor 3:6)

As flawed as the rules may be, more rules won’t restore life to our Church. Only God can do that.

I did see flashes of hope. The call for unity read by Ann Jacob backed by a group of young people deeply moved the body and I believe it played a role in the Conference’s ultimate decision to appoint a commission to find a way forward. The statement was much needed at a time of turmoil and doubt for the future of our Church and many of us recognized it as a Spirit-filled moment. Ann pleaded, “Please listen to the prophetic voice of the young people, calling upon you to be of one spirit as we go about our work to continue making disciples of Jesus Christ for the transformation of the world.” The hope spread into applause that seemed to bring some purpose back into the room.

I think a lot of our hope is resting in this commission tasked with finding a way forward through our disagreements over human sexuality. Can we find a way to continue doing the ministry of Christ, as God’s hands and feet in the world, despite growing polarization and increasingly stark theological differences? Can we remember the first commandment, and unify behind it? As the Statement of Unity quoted Wesley, “May we not be of one heart, though we are not of one opinion?”

Please reach out to your bishops and encourage them to include young people in this commission. Let our prophetic voice guide the Church through one of the most important moments in its history.

Miller is a member of Pulaski Heights UMC in Little Rock, Arkansas and is an undergraduate student at the University of North Carolina at Chapel Hill.

Currently, Miller is working on an advocacy project for the victims of the current global refugee crisis. He aspires to be ordained as a pastor to continue his ministry in social justice and global missions.