In the beginning, God created heaven and earth. But he was already there before the creation. Even before Adam and Eve were created, God was already there. He has been with us even before we were born. When you were young, the Lord was with you and He is still with you now. Now we may forget him but he never stops caring for us. This is the Father who promised in Psalm 140:12 that he fights on behalf of even the lowly, marginalized people in the community.

I know that the LORD will take up the case of the poor and will do what is right for the needy.

The Lord is with us in all corners of the world, every day. So why do we fear for things that the Lord created? When we read the stories of Abraham, Jacob, Isaac, Joseph and the Israelites and so many others in the bible, we learn that the Lord was with them, even when it seemed like he did not hear their pleas and prayers. So, I tell you brothers and sisters no matter where you are, where you are from, or what language you speak, He is with us from everywhere to everywhere.

When I was eight years old, I lost my father. I was so young, I couldn’t understand why he had to go so early. When I was twelve years old, I was introduced to Christ and was told I that now had a Father who would never leave me or forsake me. This did not take away the pain entirely. But anytime I felt sad, any time I asked the Lord why He took my earthly father away from my family, I heard an inner voice whispering in my heart, “Be still and know that I am God.”

As a teenager, I began to understand the presence of the Lord more in my life and I knew that even though I had lost my father, and though my mother and I lived a life of poverty, the Lord would never forsake us. The Lord, in his miraculous ways, sent two missionaries that helped underprivileged kids and I was chosen to be one of them. In Genesis he provided mana and water to the children of Israel. My story is proof that the Lord has been always with me and He is still here with us. I hope you agree. Never doubt in the Lord. He is from everywhere to everywhere. God is with us - always.

Discussion Questions: When was a time in your life where you realize that God was with you, even in a time of hardship? 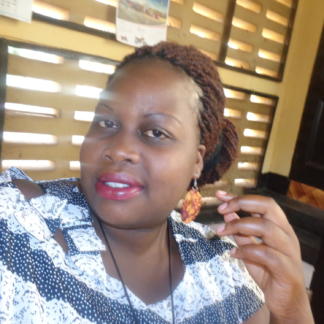