One of the battles that Kenyans faces every day is the overwhelming of spam messages that pop up on their cellphones. These messages are full of deception, describing how one has won millions from a lottery game, or that a bank has made a transaction error in their favor, or that they have been offered a lucrative job. The list goes on and on.

The spam messages have become the order of the day for many people. I remember when I bought my new SIM card - within a month, I had received more than five pieces of spam informing me on how I had won a lottery and multiple calls asking me to reverse a void cash transaction that never occurred. All these spams were meant to distract me and separate me from my mobile cash.

It is sad that many Kenyans get easily trapped in these scams, especially those who fail to recognize the authenticity of these messages. It requires a lot of attention to determine whether one of these message is genuine, but even then, many mistakenly see a message as authentic due to its cunning formulation. Some spammers will even call the victims and trick them into giving their personal details, such as passwords or credit card details. It is sad how many have fallen prey to this scam and lost money.

Jesus warned us against such deceivers who would forge fake identities and cause many to fall to their tricks.

Nowadays, Christians are faced with multiple sources of false information from internet, media houses, leaders, even from the people they trust. Jesus warned us against such deceivers who would forge fake identities and cause many to fall to their tricks. Christ emphasized that we must be watchful and test every Spirit to determine whether it is a honest or dishonest one.

When you scroll through your newsfeed or read a message from an unfamiliar person, do you let your emotions and feelings take charge, or do you weigh its authenticity first?

“Watch out for doomsday deceivers. Many leaders are going to show up with forged identities, claiming, 'I am Christ, the Messiah.' They will deceive a lot of people.” - Matthew 24:4-5

Let us embrace the good news that Christ teaches us to love another and to do good at all times.

Let us filter out tainted messages that come our ways which promotes hate, war, bigotry, pride, and discrimination. Let us instead embrace the good news that Christ teaches us to love another and to do good at all times. Then we will become the sons and daughters of God.

Discussion Question: How do I recognize a fake message that might ruin my relationship with God and people? 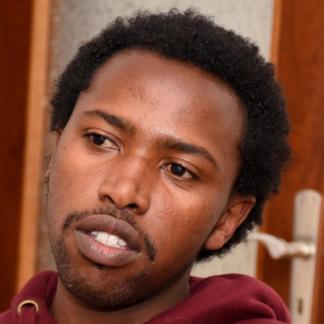