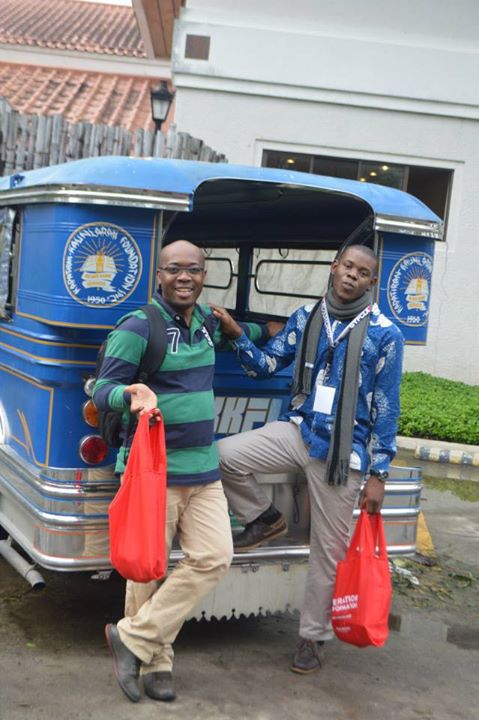 There’s a Chinese adage that says “A walk of many kilometers always begins with the first step.” My first step in the journey of Youth Leadership, started in 1999, when I accepted Christ as my Lord and Savior and, like any new believer had a great enthusiasm for reading the Bible and other Christian books. I also participated in weeks of prayer, organized by the Youth District Office in Luanda.

I read the book “The Pilgrim” twice. It was for me a great influence on how to approach Christianity.

In the following years, I served in various ways in my local community. In late 2001, I became the Secretary for Evangelism and Deputy Local Director at our conference. In February of the following year, I was elected as the Youth General Secretary of Angola in Western Conference. From 2001 up to 2014, I remained in the General Directorate of Youth in West Angola, but I also served as Deputy Youth Director and eventually became the Youth Director.

As the Youth Director, I had the opportunity to participate in the Young Leaders Summit held in Nairobi, Kenya in 2012. At this event I made a presentation on Youth Leadership in Africa.

I will never forget one of the moments in which we discussed leadership in light of the Africa Youth Training Manual. Most of us pointed out negative aspects of our political and religious leadership. We were all excited to criticize our leaders, but then a mature voice rose amid the bustle and said “Young people, why do you look only at the negative aspects of your leadership? Even if you criticize your leaders, there is the tendency to do do the same things when you become the leaders.” This question came from Rev. Mike Rattliff. He continued asking the participants to look not only at the negative, but also at the positive aspects to understand how the African context affects leadership development.

"Among us there are young Africans who are intelligent leaders, and dedicated, selfless, entrepreneurs. Converted by the love of Christ, we can fight arrogance, conceit, clinging to power, corruption and other evils that hinder the leadership in Africa."

We cannot build on negative or hollow foundations. Big buildings are built on firm foundations.

Since that day I changed my way of looking at leadership in the African context. I started to try to see the positive things that we have and from this point to fight against the evils that prevent young people from becoming leaders in Africa.

Yes we can! A better Africa is possible!

Glory and honor be to God!