By John Hodges-Batzka
Like many people of my generation, my Saturday mornings were spent enjoying the golden age of American children’s animation in the 1980s and early 1990s. Much of the quality of these shows stemmed from the fact that they in the business of selling as much as entertaining. We could watch shows like GI Joe, Teenage Mutant Ninja Turtles, or My Little Pony, and then bug our parents for the accompanying toys and playsets (each sold separately, of course), which then paid for these high-quality shows. However, there was one cartoon during this time period that seemed to be selling something different: Captain Planet and the Planetteers. Rather than selling action figures or dolls, the titular (and wonderfully mulleted) Captain Planet and his group of sidekicks, called the Planetteers, taught lessons about caring for the planet by engaging in battles with evil villains and villainesses bent on polluting earth. The show challenged me, and others of my generation, to do things like recycling and refraining from littering to continue Captain Planet’s battle against pollution outside of Saturday mornings. While Captain Planet made for exciting TV, our current battle for the future of the planet is not a simple battle against outlandish cartoon adversaries. Rather, the mundane nature of our everyday actions is where these new battles will take place for our young people. Because our mundane actions can cause harm to the planet and its inhabitants we need to create young disciples of Christ that have healthy and mature understandings of sin. Sin can be a difficult theological concept to impart in a life-giving manner, but teaching its power is an important act for any leader of young people. We should not build this understanding of sin around environmental issues by acting like the “Green Police” around young people. Instead, we should help young people understand their complicity in the problems of the world and help empower them to change attitudes through actions like liturgy, prayer, study, and service. Once we understand our own complicity in the problem we can do a great deal of educating by showing how our actions affect those around us. Rather than being hung up in the bigger picture debates on the environment such as global warming or governmental regulation, we can show young people show how our actions directly affect our local communities. This can be done by structuring our gatherings and interactions to create and maintain relationships with people, the planet, and god, rather than materials (for example, have your group investigate how waste in your community is disposed, start a garden at the church, or show how pollution impacts air quality in your city). The church can and should help young people form alternative communities that place such relationships as a paramount value. For example, instead of a traditional Secret Santa exchange at Christmas, take pledges from your young people to help people in the community, modify behavior, or allow each other merely spend time with one another without modern distractions. Each of the above ideas is a mundane solution to a problem caused by our mundane actions. While we may not be able to act as superheroes, we can create young people who will accomplish more than Captain Planet ever could by being cognizant of the way that our actions affect those God has called us to love.
Environment 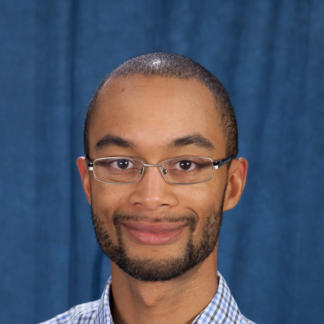