It’s been barely nine weeks now that I have been in Liberia, yet I already feel I have been here for a long time. It’s been a challenge, a ride that has not been smooth, but, by the Grace of God, it’s turned out to be an adventure.

Adaptation has been quite a challenge - new culture, new people, new buildings to say the least. I feel like I am in a different world even though I am amongst my African sisters and brothers. The English language that is spoken here is very different from the one I speak, so my job has been to listen attentively and try to ask as many questions as I can. It has not been easy.

When you migrate from the Southern part of Africa to the West you will know that you are in for a ride. Logistically I had planned for this; I knew everything would be different, so adjustment has been my number one priority.

“I am God, the God of your father,” he said. “Do not be afraid to go down to Egypt, for I will make you into a great nation there. I will go down to Egypt with you and promise to bring you out again." - Genesis 46:3 - 4a

On the other side of this journey I feel Liberians are friendly and easy to get along with. It is awesome to see how God is working in this country, I feel like a “Liberiana,” if I can put it that way, because I am doing the things that most Liberians do. I’ve learned the greetings, I knowing the different signs and gestures, and even learned to cook up a few Western meals.

Working with Imani House, a local service organization, has made me realize how much humanity and service is needed in the world today. Despite Imani House having many branches of service from the literacy classes to office work, what really has stood out for me is the clinic.

Regardless of one's age, gender, religion, cultural differences, we, as Christians, have the duty to serve others wholeheartedly and tirelessly. Sometimes it can be difficult to adjust to different cultures and norms but what has helped me is knowing that God is with me in all circumstances.

Seek the LORD while he may be found; call upon him while he is near- Isaiah 55:6

Frequently, I remember the story of Joseph who was sold to the land of Egypt. He knew nobody and found himself in a new environment. But in the end God was with him despite his imprisonment in a foreign land. Joseph faced many obstacles, yet came out at the end of the tunnel with a victory.

Discussion Question: How do you reach out to God in difficult circumstances? How do you maintain discipline and composure when you’re in an environment that is not familiar? 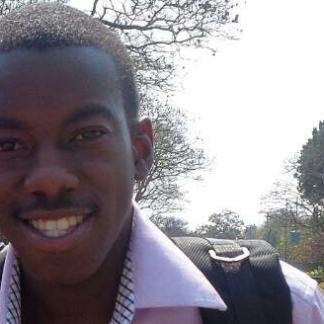