Cries of the Harvesters

Listen! Hear the cries of the wages you stole from those who harvested you’re your fields. The cries of the harvesters have reached the ears of the Lord. –James 5:4 (CEB)

Wage theft is not a new problem, but public attention to the problem is relatively recent. Every week workers around the world are robbed of money that they earned: through withheld paychecks, sub-minimum wages, non-payment of overtime hours, being forced to work off the clock or through meal breaks, being misclassified as self-employed, and more.

James calls us to remember the workers of the fields.

The “working poor” is a class that is growing, partially owing to insufficient minimum wage and other labor standards, and partially because many employers actually steal labor and wages from workers. In 2013, the US calculation of violent crime damages was $16 billion, compared to $50 billion in dollars stolen through wage theft.1 Society does not take theft lightly, owing in large part to the commandments of the Jewish/Christian scriptures, yet we still haven’t seen through or solved the problem of the rampant theft occurring as a business practice. Yes, some employers simply make mistakes or don’t know the law well enough themselves. Others, though, know that their workers don’t know the laws that protect them, or fear losing their job if they speak up. They know that their undocumented workers fear deportation and that their workers who are single parents or previously incarcerated individuals fear not finding another job if they lose the one they have. They take advantage of the vulnerable to inflate profits for the shareholders and CEO.

God calls us to something better

The aforementioned scripture from James calls us to remember the workers of the fields. These are still among the most vulnerable of our economic systems today. Farm workers have less legal protections. For example, they don’t have a right to overtime pay or protections under the National Labor Relations Board. They are vulnerable because some farmers convinced legislators that agriculture could not survive with adequately compensated labor.

God calls us to something better. James is not alone in bringing up issues of work and labor in the scriptures. This passage pays homage to the law in Deuteronomy, which implies that withholding a worker’s wages is like killing them (Dt. 24:14-15). God saved Israel from conscripted, unpaid labor in the story of the Exodus. The Jubilee laws and Gospel of Luke speak out against debt-slavery. God wants to redeem our economics and end economic oppression. What can we do to welcome the coming of that redemption?

God wants to redeem our economics and end economic oppression.

Want to learn more about wage theft and other economic issues? Interfaith Worker Justice (www.iwj.org) is a national network that advocates for workers and labor standards.

Sarah is a missionary serving with IWJ in Wisconsin: www.workerjustice.org

Questions for thought and discussion: 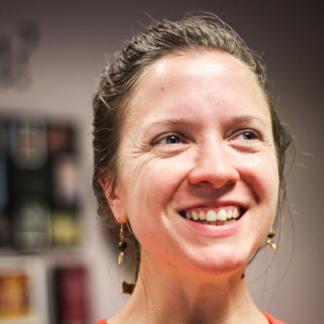