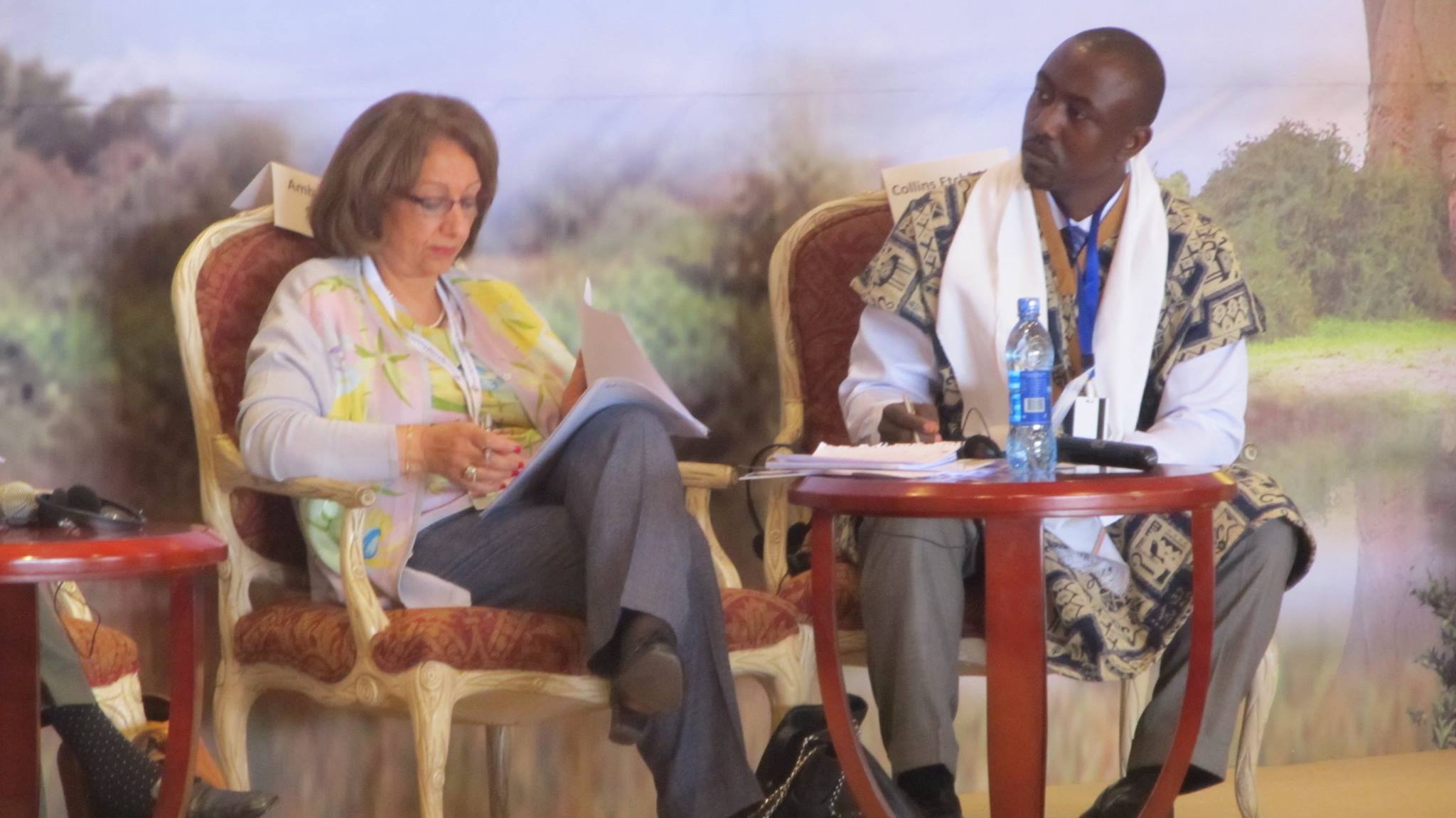 At the age of 14, I could sing the South African national anthem. I was able to do that after spending close to three hours on two different Saturdays, during choir practice, in preparation for a presentation at the Pan African Centre in my home city of Buea. Our church choir was invited to sing at a ceremony commemorating Africa Day. On May 25, 1963 the Organization of African Unity (OAU) was founded, when leaders of 30 of the 32 independent African states signed a founding charter in Addis Ababa, Ethiopia.

More than ten years later, after singing at this event, God led me to Johannesburg for the 2013 Africa Young Leaders Summit of the United Methodist Church. This time, with permission from the local United Methodist Young People’s Choir that was invited to sing at the opening ceremony of the Summit, I was offered an opportunity to sing the South African national anthem at an official ceremony for the second time. 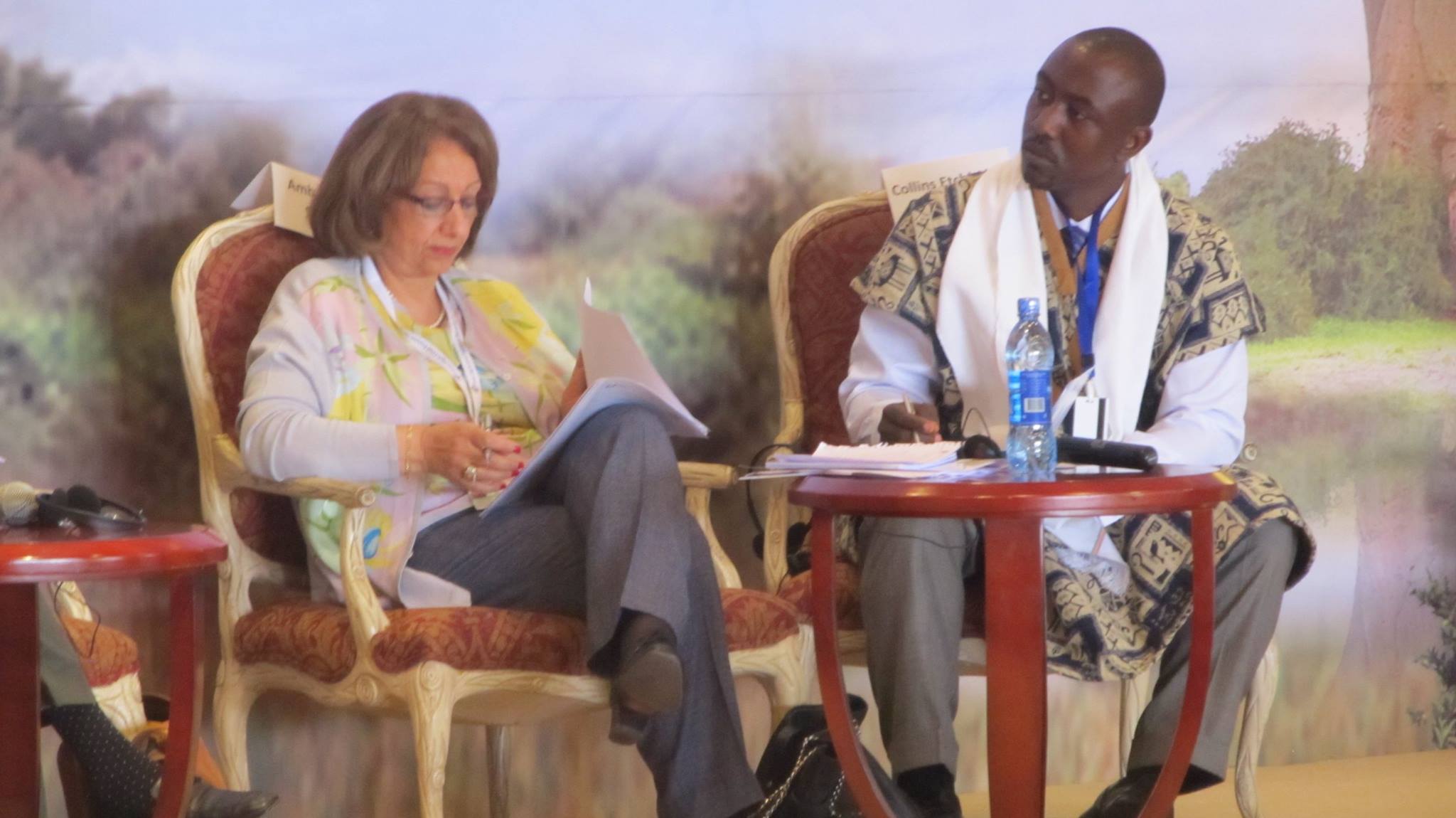 Collins Etchi Ako (right), sits with Ambassador Soad Shalaby of Egypt in a panel discussion during the Tana High Level Peace and Security Forum for Africa, which was held on April 18-19, 2015 in Bahir Dar, Ethopia. During the Forum, Collins presented his prize-winning essay on Secularism and Politicised Faith

This second time was different, I was singing in South Africa, with young South Africans and at a gathering of young people with whom I share a common heritage; Methodism, and a common faith in Christ Jesus.

Later on, we danced to other South African Christian music tunes and I must say it was a great time of sharing and communion with other young African leaders of our global church.

I returned home convinced that I am a part of a bigger family of young believers and the young people I met at the summit have been very supportive to my ministry through prayers and advice on different issues.