My wife and I have been married thirteen years. We made the decision to get married a week before Christmas. As a result, many of our wedding gifts were Christmas-related. Some of them are sentimental, like my grandmother’s Christmas ornaments or a nativity scene from Israel. Others are quite strange and filled with kitsch, like the nativity scene kitchen timer or the one that is all babies. All the gifts were given with good intentions and by people who wanted to support us and our wedding but some were so ugly they have made their way to a donation bin or a box in our basement.

I often look at some of the strangest Christian Kitsch and wonder how Christianity ended up with it? How did we take the birth of God in the flesh and turn it in to a Nativity Scene made of cans of Coca-Cola? A popular author, Mark Oestreicher, posts a blog every year of the strangest nativity scenes he can find, he has started putting rules on them because some were so strange.

Don’t get me wrong, I love a good nativity scene with a DeLorean car in it, but at the same time I wonder if we don’t miss the meaning of God becoming flesh and bone and dwelling among us? Too often, I think we have turned the life, death, and resurrection of Jesus into nothing more than cheap merchandizing for the sake of a dollar.

What would it take for us to recapture the actual depth and meaning of Jesus despite being saturated in works of bad taste, and worse theology? I think it starts with our own personal understanding; that Jesus is so much more than a baby in a manger, or a tool to make money. I think it starts with a reworking of our own personal understanding that a God who is born of a virgin, just to die on a cross, and is resurrected and ascended, is the most important event in human history and is far deeper than we can ever express in a picture, Lego creation, or craft.

So then, if we can remember that beyond all the kitsch is a Jesus who redeemed the whole world and even now is deeply in love with us, then we can tolerate a few bad puns and nativity scenes. Which reminds me, I need to go make a nativity scene out of marshmallows with my kids. 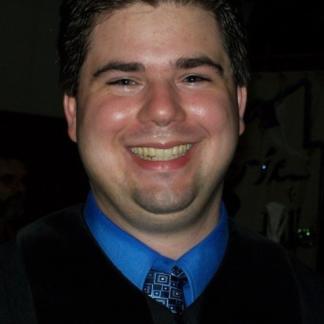