We live in a world in which almost everyone thinks they are doing everything correctly. The problems they face are somebody else’s responsibility. I am an African who grew up in Zimbabwe, and the impression people give for their failures is astonishing:

Young men and women blame the government for failing to create employment.

They blame the church for failing to come up with effective social systems.

They blame the school system for teaching them irrelevant things.

No one blames themselves for the mess or problems they are in! No one! It has to be someone else.

No one blames themselves for the mess or problems they are in! No one! It has to be someone else.

Aaron does the same thing in Exodus 32 when he tries to run away from his own responsibilities. This chapter narrates how the Israelites, led by Aaron decided to create their own gods when Moses was out in the mountain praying. Of interest is how the events unfolded. The bible states that “and he [Aaron] received them at their hand, and fashioned it with a graving tool, after he had made it molten calf… they said ‘These be thy gods, O Israel, which brought thee up out of the land of Egypt.’” (Exodus 32:4)

This passage clearly shows how Aaron was involved in the creation and designing of the calf. But when Moses finally came down from the mountain praying, demanding to know what has happened, Aaron interestingly shifted goalposts. His answer was “for they [the Israelites] said unto me, ‘Make us gods, which shall go before us. As for this Moses, the man that brought us up out of the land of Egypt we wot not what has come out of him.’

And I said unto them, whosoever hath gold, let them break it off. So they gave it to me then I cast it into fire and there came out this calf.” (Exodus 32:23-24 KJV)

As long as you think the mess you are in is caused by someone else, then there won’t be any need for you to take a look at how you operate.

Take note of what happened in verse 4 and what is being reported in verses 23 and 24. Today’s society is filled with people who are quick to blame the fire for the creation of the calf, yet they know that they designed the calves themselves! As long as one blames themselves for their mistakes, they won’t see the need to improve. As long as you think the mess you are in is caused by someone else, then there won’t be any need for you to take a look at how you operate.

Discussion Questions: How often do you blame someone or something else for things that had gone bad in your life? Have you ever tried to take full responsibility for any of the messes you are in? 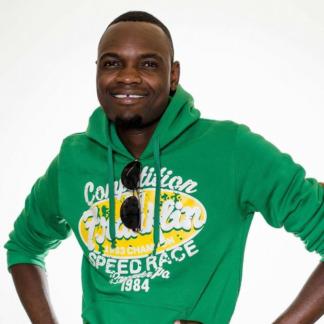